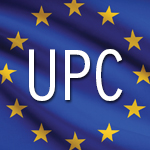 The costs of obtaining and enforcing patent rights in Europe has always been a cause of concern for British SMEs. Getting an idea from garage to grant in each individual member states takes a ludicrous amount of time and money. The excessive cost of enforcing those rights only adds to the impression that the IP system was not designed with SMEs in mind.

The good news is that the people who designed the system have long recognised its flaws and over the last 30 years have sought to develop a new system that is more efficient and costs less.

The result is the Unified Patent (UP) which, in principle, makes perfect sense. It is a patent that, once granted, provides protection across all member states so that it takes less time to acquire and, in theory, costs less. It can also be enforced in one action through a newly created Unified Patents Court.

As you’d expect, negotiations on how this system would work in practice (where would the courts be based, what would be the common language etc) have been tortuous, but remarkably, last year 26 out of the 28 member states agreed in principle to the new system. A launch date of Spring 2017 was set for its launch.

The only spanner in the works was the UK referendum. If the UK voted leave the whole project would be dead in the water, or so we thought.

Since the referendum, the Government has been quiet on its position towards the UP. Yesterday that changed and in a somewhat surprising announcement (which has had little coverage in the mainstream press) the government confirmed its commitment to the new system with a view to it launching next year.

In my view, this is great news for innovative British SMEs who should be able to obtain cheaper patent rights across Europe and spend less on litigation.

The glaring issue is that being part of the UP system is at complete odds with the clear agenda set by Brexiteers. As part of the UP system, UK Courts will be subservient to European Courts which could create a scenario whereby a court in Paris could shut down a factory in the Midlands if it was found to infringe a German company’s patent. You can picture the front pages already!

So whilst the news on the UK’s commitment to the system is positive, it will be interesting to see how things pan out in practice. It is difficult to see how our participation can continue post-brexit given the strength of feeling on sovereignty.

I will keep you updated on developments.

We use cookies on our website to give you the most relevant experience by remembering your preferences and repeat visits. By clicking “Accept All”, you consent to the use of ALL the cookies. However, you may visit "Cookie Settings" to provide a controlled consent.
Accept All
Manage consent

This website uses cookies to improve your experience while you navigate through the website. Out of these, the cookies that are categorized as necessary are stored on your browser as they are essential for the working of basic functionalities of the website. We also use third-party cookies that help us analyze and understand how you use this website. These cookies will be stored in your browser only with your consent. You also have the option to opt-out of these cookies. But opting out of some of these cookies may affect your browsing experience.
Necessary Always Enabled
Necessary cookies are absolutely essential for the website to function properly. These cookies ensure basic functionalities and security features of the website, anonymously.
Functional
Functional cookies help to perform certain functionalities like sharing the content of the website on social media platforms, collect feedbacks, and other third-party features.
Performance
Performance cookies are used to understand and analyze the key performance indexes of the website which helps in delivering a better user experience for the visitors.
Analytics
Analytical cookies are used to understand how visitors interact with the website. These cookies help provide information on metrics the number of visitors, bounce rate, traffic source, etc.
Advertisement
Advertisement cookies are used to provide visitors with relevant ads and marketing campaigns. These cookies track visitors across websites and collect information to provide customized ads.
Others
Other uncategorized cookies are those that are being analyzed and have not been classified into a category as yet.
SAVE & ACCEPT